Most women and doctors are well acquainted with menopause symptoms and treatments. The change in hormones can lead to migraines, hot flashes, insomnia, night sweats, irritability, fatigue. Some menopause symptoms could be a sign of another health issue, but what happens if those  symptoms aren’t related to a “woman’s” disease?

Sleep apnea is usually associated as a man’s disease because sleep apnea has been closely tied to loud snoring. 25 million U.S. adults have obstructive sleep apnea, and an estimated 9-21% of women suffer from OSA.  A 2013 medical study from UCLA found that women are less likely than men to be diagnosed with sleep apnea. In fact, women are more likely to have sleep apnea misdiagnosed with depression, hypertension, and hypochondria. Because women aren’t in as many clinicial trials, doctors don’t recognize sleep apnea symptoms.

Fortunately, a recent study found hot flashes and night sweats may be linked to an increased risk of obstructive sleep apnea in middle-aged woman.

The fact of the matter is that sleep apnea in women is more likely to be diagnosed as depression, hypertension, hypochondria, or other ailments.

Sleep apnea treatment can improve your long term health and your day-to-day life.

The sleep apnea differences in gender isn’t just about a physical difference. Duke University researchers agree that not getting enough rest has a more profound effect on women than it does for men. They found that there are a number of risks associated with lack of sleep in women that are practically nonexistent in men. Women are more likely to have insomnia, depression, and experience daytime fatigue than men.

The answer as to why men do not have this problem can be found in the male sex hormone testosterone. Testosterone is known to decrease insulin and increase muscle mass. It also has an anti-inflammatory effect helping to manage stress hormones for men.

While women have some testosterone, they are much more dominant in estrogen and progesterone. These hormones are not known to have a stress managing effect on a woman’s body. Estrogen also has an anti-inflammatory effect—as women move into menopause, estrogen levels tend to drop, making falling asleep a lot more challenging.

It turns out female hormones are likely to play a role in women of that certain age group experiencing symptoms of sleep apnea.

Estrogen and serotonin (one hormone that transmits nerve signals) are directly related. When estrogen is higher in the body, so too is serotonin. When serotonin is lower, due to a drop in estrogen from menopause, the signal from your brain to muscles, including your tongue. When the tongue relaxes, the airway is blocked causing breathing problems. Here lies the complicated relationship between menopause and sleep apnea.

For middle-aged woman, it can be difficult to determine if your symptoms are sleep apnea or a hormonal imbalance. Most people seek out sleep apnea testing because a loved one notices the stoppages in breathing.

A sleep test is the most effective way to diagnose a sleep apnea. Many people pack their overnight bags and head to the sleep lab, where a polysomnogram can be used detect a wide range of sleep disorders. The downside? A sleep test in a laboratory can be be a pain, involving a lot of sensors and it’s probably not the most relaxing environment in which to catch some Zs. The biggest barrier to people opting for a sleep lab test in order to diagnose a potential problem is that it’s expensive—often costing upwards of $3,000. Sometimes that’s covered by insurance, sometimes not, so it’s not unusual for people to forego the sleep lab and simply opt to live with their sleep issues.

The good news is that home monitors are increasingly being used to test for sleep apnea and research has shown that there is not a measurable difference between the in-home tests and those performed in a sleep lab. That’s great news for consumers! Even better, in-home sleep tests cost a fraction of a lab test (around $250), and you can do the test and sleep in the comfort of your own bed. Note that in-home testing is something you should always discuss with your physician before doing, especially if you have certain medical conditions including pulmonary diseases, neuromuscular diseases, or congestive heart failure.

How does it work? A home sleep test uses a finger probe to measure an individual’s blood oxygen level and pulse rate. The device can also measure the Apnea Hypopnea Index (AHI), which is the number of times in one hour an individual experiences a pause in breathing for ten seconds or more. This is important, as AHI is the primary unit of measurement to determine the severity of sleep apnea.

While a cure for obstructive sleep apnea might not be possible, there are different types of sleep apnea treatment. Some lifestyle changes can help—eating better, abstaining from smoking and alcohol, and losing weight.

There are also surgical options that shrink or remove excess soft tissue. Specialty mouth guards are another option, and they move the lower jaw forward, which increases the size of the upper airway.

The most well-known, most common, and most effective treatment for sleep apnea is CPAP therapy. CPAP stands for “Continuous Positive Airway Pressure” and it’s a device that’s worn while sleeping that delivers pressurized air to keep the airway open. Because it reduces the number of apneas, CPAP machines allow the user to experience REM sleep.

Undiagnosed sleep apnea creates or exacerbates a host of other health conditions such as: headaches, diabetes, depression, anxiety, heart disease, weakened immune system, and more. This is something to talk with your doctor about. If you have problems sleeping, your doctor might recommend a visit to the sleep lab or testing by way of an in-home test. If you discover you’re experiencing sleep apnea, it’s something to pay attention to. While a CPAP machine admittedly isn’t glamorous, treating sleep apnea can improve your life in a myriad of ways—both long term and how you feel and live on a day-to-day basis.

Other resources on this topic:

What Does Sleep Apnea Look Like? Why this Sleep Disorder is Often 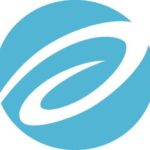 Aeroflow Healthcare is recognized as a premier provider of durable medical equipment (DME) and service in the Southeast, and continues to grow nationwide. We pride ourselves on offering quality equipment and the best in personal customer service. Patients and physicians nationwide are choosing Aeroflow as their provider for home oxygen, diagnostic sleep testing, CPAP equipment and supplies, nebulizers, mobility equipment, breastpumps, pediatric needs, catheters, negative pressure wound therapy and more.