Sex with the Ex - Let's Explore This Controversial Topic

Sex With the Ex – Smart or Crazy? 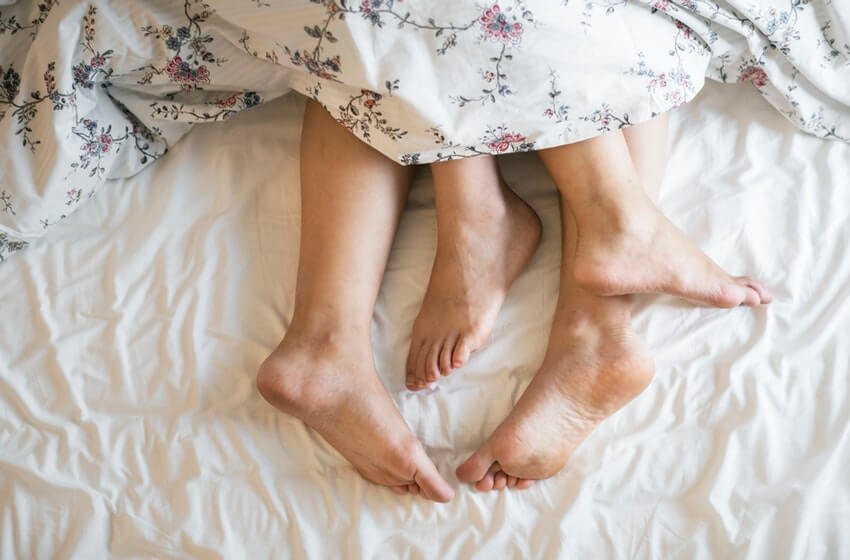 Would you have sex with the ex? Some people firmly believe in revisiting those sheets, while others would rather they be set on fire. I recently conducted a study regarding sex with the ex. No, it wasn’t documented, and it wasn’t scientific, but it was a study nonetheless.

I was asked by a ‘friend’ if it was a good idea to have sex with their ex. It was indicated that the ex in question was open to it and had even suggested it. The asker was thinking it would be the best sex ever—angry, hot, and possibly very exciting sex. I happened to agree, it could possibly be the best sex ever, but there was also a very good chance it could be the worst idea ever. Dealing with the raw emotion that might still be there from the divorce or a recent breakup, along with any residual feelings on the part of either party seems, well, dangerous. And maybe even a bit messy. Oh, and let’s not forget about that post-coital bliss situation, which is equally dangerous. Want to read more about what’s going on with that post-coital business and why it can mess you up?  Do we really want that to come into play here? The whole thing sounds like dangerous waters to tread into, if you ask me.

I don’t know whether you know this or not, but I work for a research firm, and I put that shiz to work and put together a study on this very subject. Okay, maybe that’s a stretch. But I did actually do my own research study on this topic. I asked a very select group of individuals about the benefits versus the risks of having sex with your ex, and these were just a few of the responses I got:

Here’s the thing, I don’t judge. Because I’ve been around the block once, twice, or 5 times with my own exes, so who am I to point fingers? But I am fascinated by human behavior, so diving deeper into someone’s psyche as to why they would continue to have sex with an ex was just something I wanted to know. And, I must admit, I was impressed with their honesty—it all makes sense in a convoluted sort of way.

Why Have Sex with the Ex?

So why have sex with the ex? As you can see from my poll results above, the answers ranged from familiarity and ease to its better than putting myself out there to there are a whole bunch of unresolved feelings there to I can’t stand that son-of-a-you-know-what so no way, Jose.

So when I’m thinking about the negatives of having sex with the ex, here’s where I get hung up—and it’s all about moving on and living your best life. Can you really do that? Can you move forward if you’re still interested in and having sex with your ex? Don’t get me wrong, sex is great—and great sex is even better. So if your ex can deliver on that front, I get it. But it still seems counterintuitive to me. But then, that’s me. I guess the answer to why have sex with the ex depends on the individual. It would all depend on the person and what motivates them to have that sex with the ex, how, and if, they are moving on, and what impact that ongoing relationship (or even a one-time bang) might or does have on them. It’s all subjective.

On the plus side, sex with the ex is like hitting the easy button. Without question, it’s easier to be intimate with someone you’re already familiar with and with whom you have a shared history—whether that’s children and years of marriage or just a few dates. There’s a comfort level you have with someone whose body you already know and who already knows your body—and what it (and you) like. After all, unless that old dog has been taught new tricks by someone else, let’s face it, you already know what to expect, right?

When Sex with the Ex Evolves Into More

So back to where I started: Why have sex with the ex? All the good things about having sex with the ex aside, there is a danger. The danger is that sex with the ex could evolve into more. At one time, you did have feelings for this person and he or she had feelings for you. One of you decided to end the relationship, for whatever reason, and somewhere along the way there’s a good chance there were some hurt feelings. And no matter what side of those hurt feelings you were on—the hurter or the hurtee—the reality is that you loved that person, or at least liked them a lot, at one time. And here you are, in bed with them. Chances are good you aren’t just doing the dirty, getting dressed, and going home. There is quite likely some kind of spark that led you to the bedroom (or wherever) and there’s also probably talking, laughing, and intimacy. After all, that’s part of the fun.

So how do you keep feelings out of sex with the ex? One way is to let it evolve into more—and more might not necessarily be a bad thing. Who says you can’t go back and eat off the same plate at the buffet? Cheesy, I know, but true. You can go back for seconds, or thirds, or hundredths with that ex if you want to break the rules. By the way, who made rules about this anyway? There are no rules, there are just “norms.” It is not generally considered “normal” to have sex with your ex. But norms are for normal people, and who said you’re normal. Normal is boring. Be a rule breaker—be a norm breaker! Many couples get divorced or break up and end up back together years later or even months later, and are better for it. After all, didn’t Elizabeth Taylor, the queen of getting married again and again and again marry Richard Burton twice? And there’s Melanie Griffith and Don Johnson, and Natalie Wood and Robert Wagner, and even Eminem and Kim Scott — all of whom were together, broke up, then got back together. Those are famous people, and it’s a sure bet there are plenty of non-famous folks who have done the same thing.

Of course, plenty of those celebrity couples didn’t make it, even the second time around, and I’m in no position to guess if that’s the exception rather than the norm, but I’d put my money on the fact that if it didn’t work out the first time, chances are good it won’t work out the second time. When you tempt fate by having sex with the ex, you might very quickly realize why you broke up to begin with. If that happens, it’s not a wasted thing. Thank them for the lovely time, make a note to self to not do that again, and walk on away.

Here’s the bottom line, it can be exciting and even seem clandestine to have an ‘affair’ with your ex. It’s one of those things that no one has to know and if all parties agree to the ground rules, go for it and do what makes you happy. It’s the thrill of the unknown with the known, what can be better than that? And, take it from someone who has been there….sex with the ex is not such a bad thing. Have you had sex with the ex? If you don’t want to talk about it in the comments, submit your story anonymously and let’s discuss.