I’ve now been ensconced in my social experiment of online dating, or as I like to fondly call it, Online Dating Hell, for a little over a week now. Because I’m a bit of a geek, I’ve decided that I need to add some A/B testing into the mix and change it up. Makes sense, right?

Here’s the interesting thing about this whole social experiment of online dating: At this point, it has turned into being less about finding a decent date and more about why it appears clear there are no decent dates to be found online—for more normal women and men, that is.

A Weekly Update from the Social Experiment of Online Dating {Hell}

First, let me start by giving you a weekly update on my social experiment of online dating, or at least tell you what has happened over the last week. I started by signing up with eight, yes EIGHT, dating sites. I’m really not crazy. The logic behind this tactic was simple: It only makes sense that the wider I spread the net, the luckier I might be. Since then, I’ve dropped some because they appeared to be duds. Either that, or I’m the dud, but either way, I want to focus on where the action is taking place. I’m also picking up more sites along the way as I meander through the various dating apps that are iOS compatible.

Anyone who is engaged in the business of marketing knows that you’ve got to test your theories, and A/B testing is an important part of that process when it comes to any messaging you’re developing. “Eureka,” I thought! “I need some A/B testing in this madness.” And so, I ‘ve modified my tactics to include just that.

The A/B Test Related to Age. As I mentioned, I’ve got to keep testing to make this legit, I added some new variables to my social experiment of online dating. This one is the A/B test related to age, and here’s why it’s important. I was talking with a girlfriend recently who got lucky in her experience with online dating—but she was in her 40s when it happened. Why is this significant? Glad you asked, because that’s where the age testing comes in. My friend mentioned that she thought the under 50 crowd did better than the over 50 crowd. What the heck does that mean? In a nutshell, if you’re under 50, you’re golden, and if you’re over 50, apparently that means you’re about as interesting as yesterday’s news or one of the Golden Girls. Well, that’s just stupid.

But, this tidbit of information and insight based on my friend’s experiences got me thinking. I want to preface this with I don’t like to lie, but since this is an experiment, the variables have to change, and I’ve got to test different tactics and theories. After all, the people are counting on me!

So, on some of the more recent sites I joined, I entered my age as 49, instead of my real age, which is 51. BUT in my bio, which I use pretty much the same iteration everywhere, the first line says that I am in my early 50s, so if they don’t read or can’t read, it’s not my problem.

Here is what I have to say about that: EWWWW.

In order for me to date someone, they can’t be within seven years of the age of my freaking  mother. That’s weird and gross and wrong, on so many levels, most of which I won’t go into but I’m sure you can get my drift if you think about it long enough. Or with your clothes off.

The A/B Photo Test.If you’re going to A/B test the age business, I believe you’ve got to also change it up with the A/B photo variable test. My girlfriend sent me this lovely photo of a young lady that I’ll refer to as “Ms. S&M” with the suggestion that I should buy the outfit and use it as a profile pic. She’s super helpful, that friend. Even more helpful was her suggestion that I perhaps use it on a far-right Evangelical Christian dating site. My counter suggestion was that it would also work well on an Orthodox site. I mean, let’s not leave anyone out of this, right? 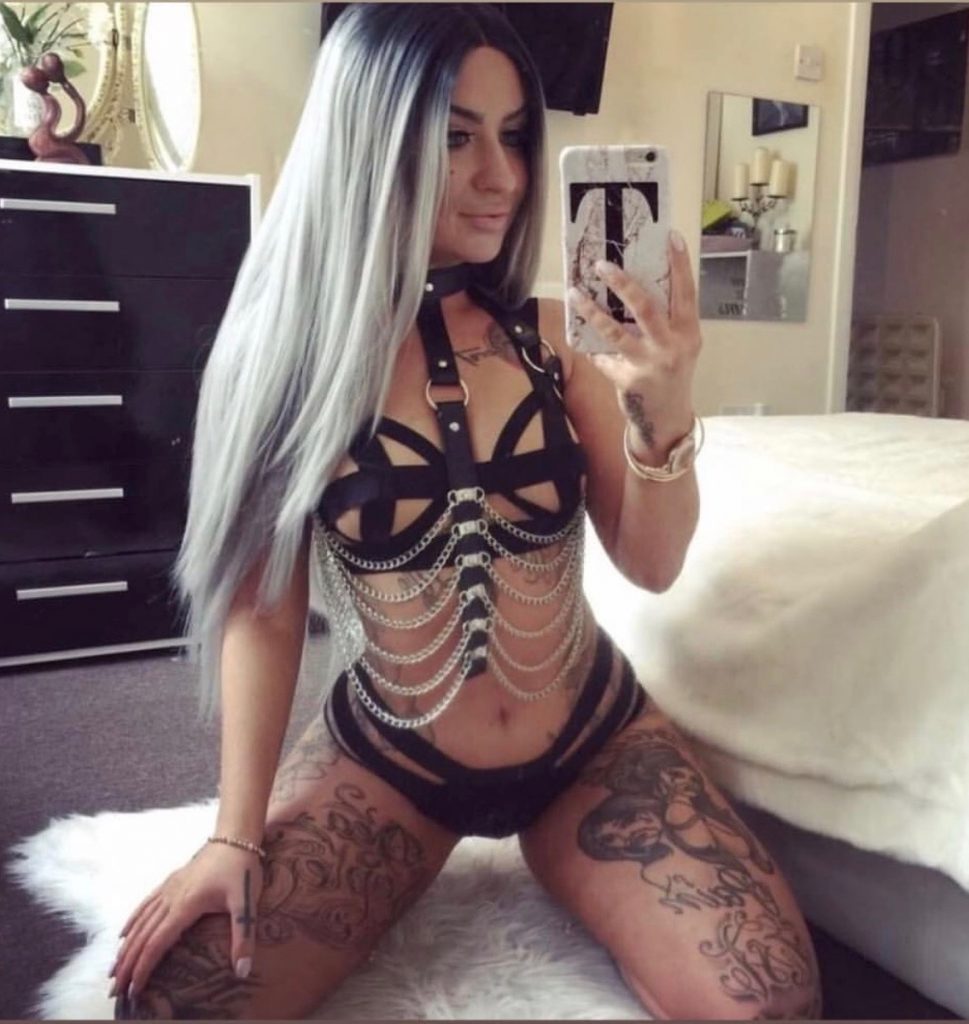 I don’t think my smart aleck girlfriend expected me to actually use this photo, but use it I did—and guess what?? Christian Mingle rejected it! Which for all you Christians out there, this is great news! This means these people are legit and that they are actually monitoring their site, which is way better than Tinder, where one errant swipe can lead to an unsuspecting and unsolicited penis pic. And by the way, I’m not making fun of either Christians or Orthodox Jews here, but there is a vast difference between regular Christians, or even regular Evangelical Christians and some of the far-right supposedly devout but not acting very Christian-like ones that we’re hearing a lot about in the news these days, and that is what my friend was referring to with her helpful suggestion.

Where Am I Now in my Social Experiment of Online Dating?

So, where am I now in my social experiment of online dating? I know you’re captivated if you’ve made it this far. As of now, I’m waking up every day and checking several times throughout the day the online dating sites I am on. I’m swiping, answering messages, deleting likes, and laughing my ass off over most of what makes its way to me. People really are all kinds of crazy. And in my next installment of this saga, I’ve got some pretty amazing screenshots to show you and stories to tell.

Of course, it’s important to note that in the social experiment of online dating, I’ve only managed to go on one single date, exactly a week ago today (which seems like a lifetime), that was fine. And if you’re a woman or a man who understands “woman speak,” you’ll know that “fine” is not what you’re aiming for. Ever.