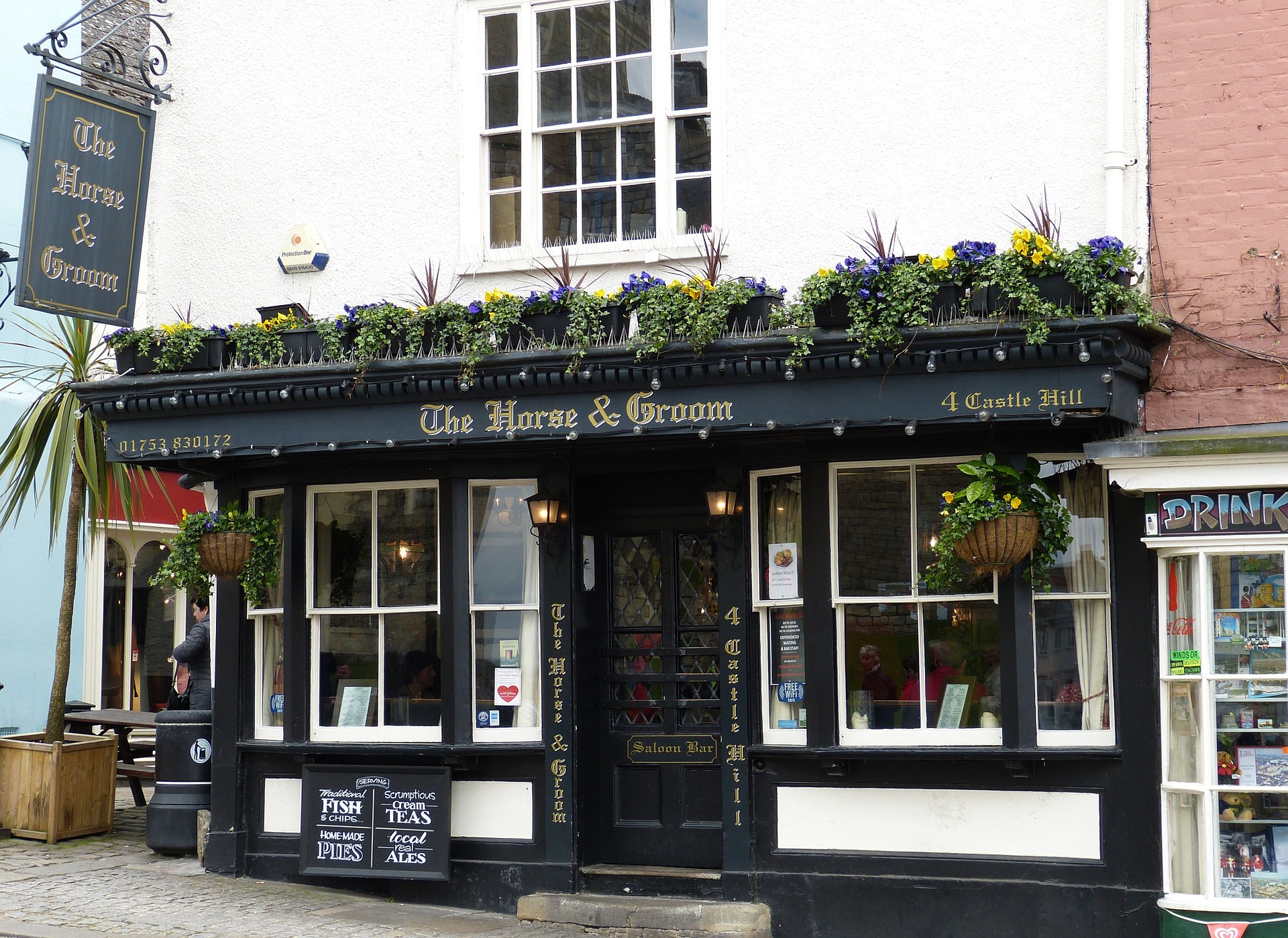 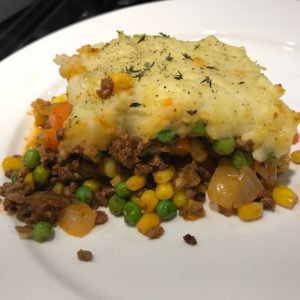 Tonight’s menu featured what I decided to call The American’s Cottage Pie. The backstory: When I was in London late last year, I [naturally] wrapped up a few long days’ work with some friends in a pub for lunch. While perusing the menu, I saw both Shepherd’s Pie and Cottage Pie as options. My query to my Brit companions was simple: “What’s the difference between the two?” The really hilarious thing is that not one of them knew the difference. And we’d barely begun drinking! As is the case in these matters, it was left to the Google machine to tell us. And how ridiculously embarrassing a question to not know the answer “Shepherd = Lamb” “Cottage = Beef.” Not to mention when you hail from the place where this dish is a menu staple. I was seriously embarrassed for them. I’m pretty sure they didn’t care.

Note that this has been a red letter week for me, as the Healthy Quinoa, Carrot, and Chocolate Chip Cookies I made on Sunday have still been getting rave reviews. Following it up this quickly with something else delicious is setting the bar kind of high. Don’t get used to it.

Tonight was the night to tackle the Cottage Pie. I’ve been thinking on this for awhile and have researched a ton of different recipes. Tonight I cobbled together my own version based on what I have seen, what I like, what they like, and what some of the best-looking Cottage/Shepherd’s Pie recipes out there called for. I hereby declare this version forever after to be referred to as The American’s Cottage Pie. [Note that one thing that makes my recipes different is that I love carrots, so any time a recipe calls for something like one measly carrot, I use six. Or ten. I like carrots. And you’ll see lots of carrots here.]

[Note: In a rare instance of being incredibly organized and forward-thinking, I actually cooked the beef a day in advance. I knew I wanted to make this dish the next night and that that would shave off some cooking time. So keep that in mind—having the beef already browned was a nice time-saver [and something I’m sure will never happen again].

Get started with the potatoes first. Fill a medium-sized pan with water, heat it up, and dice the potatoes. I cut them in about 1 inch chunks. Add the potatoes to the water and bring to a boil. Cook until they are fork-tender, about 15-20 minutes.

Once those are underway, get to the veggies and meat. Add oil to the pan, then sauté the onions and carrots until browned—about 10 minutes. Remove veggies, set aside, and cook the beef. Once the beef is nicely browned, drain the fat, return to the pan then add the carrots and onions back into the mixture.

Add the tomato paste and beef broth and simmer. Add the thyme and salt and pepper to taste, letting simmer a bit longer.

By this time your potatoes should be cooked. Drain, add the half stick butter, the milk, and salt and pepper. Mash them potatoes!

I forgot to defrost the frozen corn and peas (shocker!) so while I was speed defrosting them, this was in holding pattern on the stove. 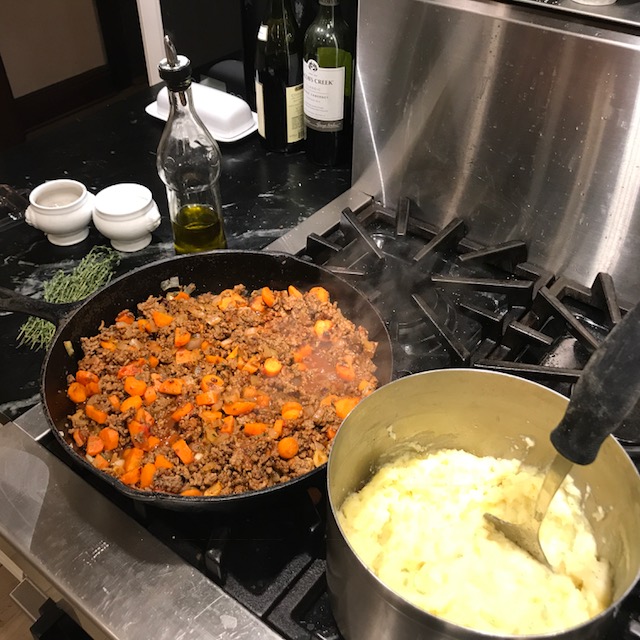 And here’s where we ended up, before the potato topping was applied— 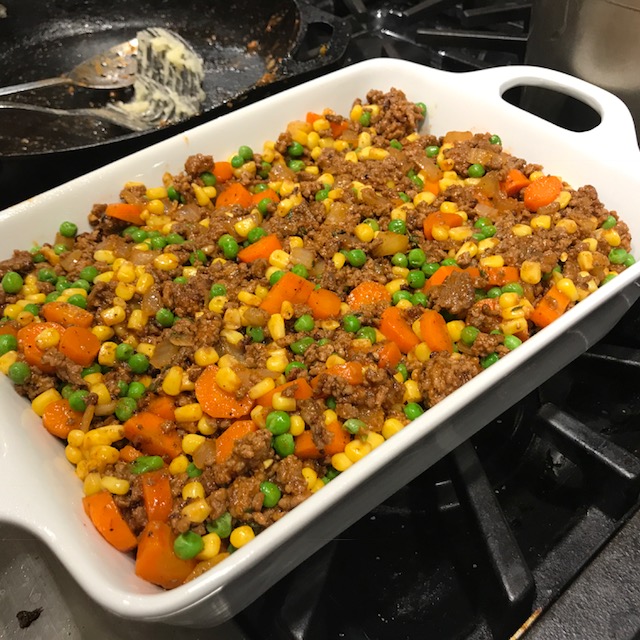 I used a 9×11 ceramic baking dish for The American’s Cottage Pie, but it would’ve been just as easy to have left the mixture in the cast iron skillet, added the potatoes to the top, and tucked that into the oven. Whatever cooking vessel you opt for, just cover the meat with the potatoes. I finished it off by sprinkling some fresh thyme over the top, along with some salt and pepper, mostly because I’m fancy. I also thought about mixing some Panko crumbs with butter and dusting them over the top, but I decided to leave that for another day. But that would add a serious level of deliciousness here, so you should strongly consider it.

Here’s what it looked like all finished up. Even my kids were salivating when they saw this, and they may or may not have gone back for seconds. 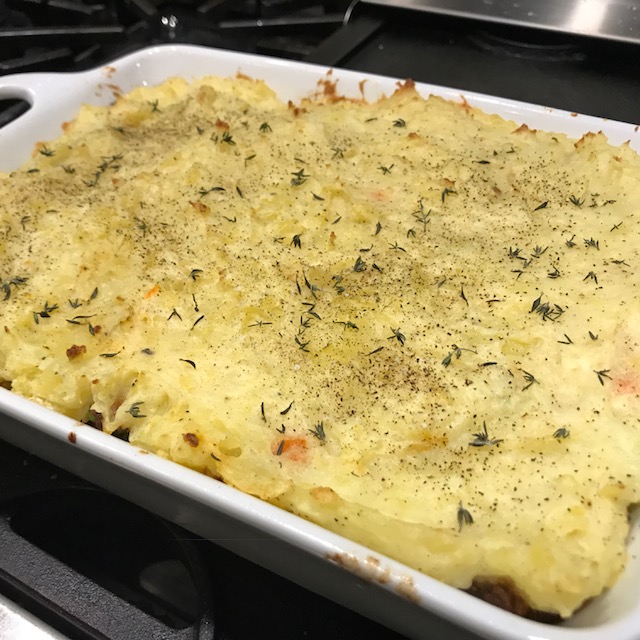 There you have it. The American’s Cottage Pie is sure to become a comfort food staple around here, and thanks to my friends the Brits (you know who you are), for finally making sure I sampled some of what is one of your bonafide national treasures. And also, you’re welcome for my help in figuring out what is Shepherd’s Pie and what is Cottage Pie (shakes head).

Here’s an alternative version of this recipe, using lamb or beef, that also adds flour, Worchestershire sauce, and cheddar cheese to the top. Since I am personally against what I call “the Cheesification of America” and avoid adding cheese to every single thing I make, this does not appeal to me at all. If you, however, are on the cheese bandwagon, you might want to check this out.