Sicker Fatter Poorer–An Urgent Threat to Your Health and Future

Sicker Fatter Poorer–An Urgent Threat to Your Health and Future 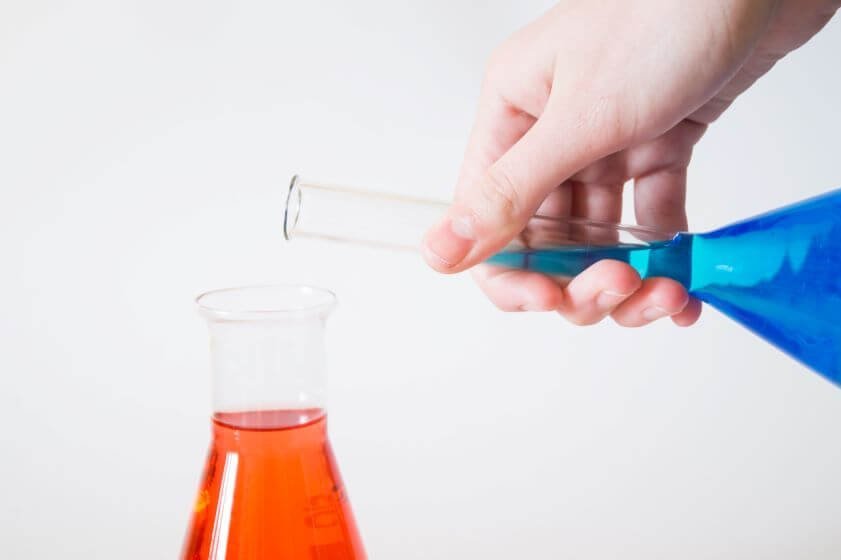 Sicker Fatter Poorer is a book that should be required reading. It sounds the alarm about hormone-disrupting chemicals lurking in your home, your office, and even polluting the air you breathe. Dr. Leonardo Trasande, a leading voice in public health policy and top environmental scientist, writes in language we all can understand about the alarming truth of how hormone-disrupting chemicals are affecting our daily lives—and what we can do to protect ourselves and fight back. Basically, it tells the story of how our everyday surroundings are making us, as the title suggests—sicker, fatter, and poorer. It’s a read that is time well spent. You can read an excerpt from the book here.

Since synthetic chemicals are in nearly everything we eat or touch, it’s a reasonable notion that basically nowhere is safe. Consider this: According to the Environmental Protection Agency, there are more than 40,000 chemicals used in consumer products, yet less than 1 percent of them have been adequately tested for human safety. You can’t possibly know about them all, and it’s likely impossible to totally avoid them. The best you can do is limit exposure wherever possible. That’s why Sicker Fatter Poorer is such an important read. The book suggests it’s a good start to be aware of five groups of synthetic chemicals: Pesticides, phthalates, flame retardants, bisphenol (BPA), and PFAS. So, let’s start with that.

Pesticides have been linked to a long list of health issues, including cancers of the prostate, lung, thyroid and bone marrow, diabetes, Parkinson’s, asthma, and macular degeneration. Monsanto has been in the news a lot recently, with court findings concerning the most-widely used pesticide in the world, Roundup, and its links to cancer. What can you do? While the EPA says that not all pesticides can be washed off, it’s best to peel produce and trim the fat from meat and fish and wash and scrub fruits and vegetables under running water. While eating suddenly sounds more dangerous than you thought, you can also buy different kinds of produce to avoid potentially high exposure to a single pesticide.

Phthalates are commonly used to make plastic more flexible and harder to break. They can be found in toys, vinyl flooring, detergents, nail polish, hair sprays, aftershave lotions, soaps, shampoos, and perfumes. Just knowing about them doesn’t keep them out of our bodies, though. Phthalates are present in the majority of the population, particularly among children and women of child-bearing age. Links have been found to reproductive and genital defects, lower sperm count, disrupted hormones, and infertility. What can you do?

Minimize exposure to phthalates by avoiding plastic food containers and single use plastic (like plastic baggies). There are easy things you can do, like bringing home that deli meat you purchased at the supermarket and removing it from plastic and storing it in a glass container, or replacing your single use baggies and Ziplocs with silicone or glass storage containers. Also, consider the potential risk that you’re subjecting yourself to with the daily use of your Keurig machine, which runs boiling hot water over plastic pods. Once you decide it’s time for a change, it’s super easy to replace that Keurig with a pour over coffee ritual in the morning, using a glass carafe and a stainless filter. If you must use plastics, try to stick with the ones with recycling codes 1, 2, 4 or 5. Better yet, let’s get over our collective love affair with plastics and use glass instead. Most importantly, never, ever, reheat food in plastic.

Flame Retardants have also made headlines lately, with firefighters joining the fight to ban them. The most common, brominated flame retardants, are from the same class of chemicals as PCBs, which were banned by the EPA in 1979. Found in furniture foam, carpet, curtains, and all kinds of electronics, multiple studies have found potential effects on liver and thyroid function and the endocrine system. Children are the most vulnerable because of their contact with carpet, furniture, and drapes at a time when their brains are still developing. What can you do? Beyond not buying furniture with cushions filled with polyurethane foam, keep dust down by wet mopping, use a HEPA filter with your vacuum and keep the HVAC system cleaned out.

Bisphenols (BPA) are chemicals you thought you were safe from when you bought those products marked “BPA-Free”, but in fact, the chemicals that replaced them have been found to mimic the same endocrine disruption caused by BPA. If you have followed the science at all, you know the long-term effect of BPA on humans is still the subject of much discussion. The EPA sends mixed messages, alternating between “it is a reproductive, developmental and systemic toxicant in animal studies and is weakly estrogenic” and at the same time, “studies indicate that the levels of BPA in humans and the environment are below levels of potential concern for adverse effects.” To be on the safe side, what can you do? Cut down on canned food, and avoid plastics whenever you can, especially those with recycle codes of 3 or 7. If you must use canned food, rinse it under water an extra time or two.

PFAS chemicals may be the least publicized of the synthetics, but there are over 4,700 of them that are primarily used to help surfaces repel stains and grease. You likely know the two most popular from their brand names, Teflon (PFOA) and Scotchguard (PFOS). Like with BPA, the long-term effect from exposure is under debate, but PFAS can also be found in pizza boxes and take-out containers, food packaging, carpets and textiles, rubbers and plastics, electronics, and even some dental floss. PFAS chemicals are in the air, and water, too, and have been found from polar bears in the arctic to the drinking water of 16 million Americans, including on 126 military bases (PFAS firefighting foam is used on training exercises). Both the EPA and the International Agency for Cancer Research (IARC) have called PFAS “possibly carcinogenic,” and linked them to cancer, liver damage, immune system disruption, resistance to vaccines, thyroid disease, impaired fertility, and high cholesterol. What can you do? Primarily, you should focus on avoiding non-stick cookware, Gore-Tex fabric, and clothing made with pre-2000 Scotchguard.

The liabilities of modern life sometimes are simply something you can only minimize, not avoid. Have you sat down and had that conversation with your family? The risk is real, and the time to practice avoidance is now. Remember, it’s hiding everywhere you are.

Jeff Jacobs
Jeff Jacobs has been an expert in building brands and brand stewardship for 40 years, working in commercial television, Hollywood film and home video, publishing, and promotional brand merchandise. He’s a staunch advocate of consumer product safety and has a deep passion and belief regarding the issues surrounding compliance and corporate social responsibility. He retired as executive director of Quality Certification Alliance, the only non-profit dedicated to helping suppliers provide safe and compliant promotional products. Before that, he was director of brand merchandise for Michelin. You can find him volunteering as a Guardian ad Litem, traveling the world with his lovely wife, or enjoying a cigar at his favorite local cigar shop. Connect with Jeff on Twitter, LinkedIn, or Instagram, or reach out to him at jacobs.jeffreyp@gmail.com.