Hair Loss In Women: It's More Common Than You Think

Hair Loss In Women: It’s More Common Than You Think 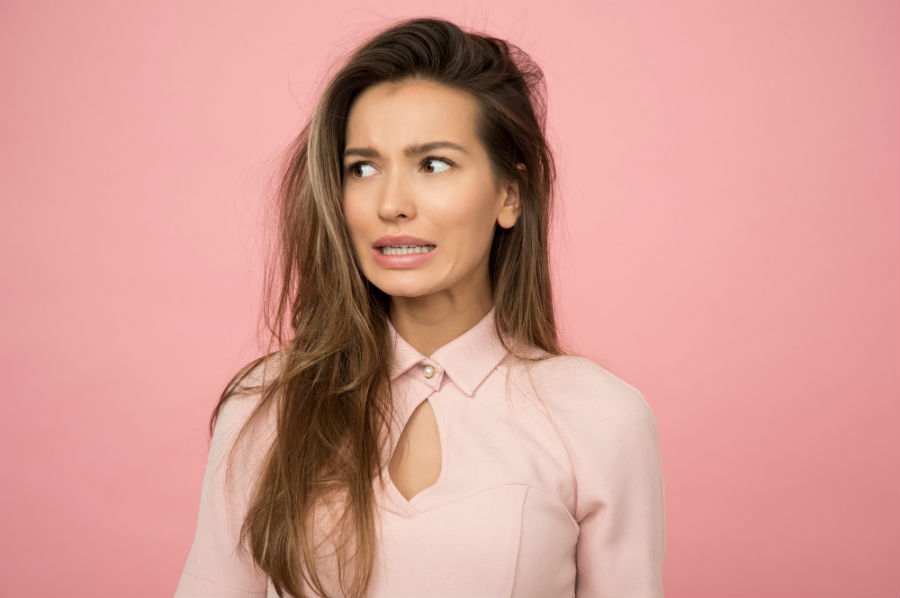 Last summer, I was cruising toward my 40th birthday in September feeling pretty good about  how I was aging. I mean I was relatively wrinkle free, and not obese, and although I definitely have more aches and pains than I used to, I felt like I LOOKED pretty good, which is awesome because I’m admittedly  more than a little vain. But then, I realized when washing my wrinkle-free face one evening that my hair line looked a little…sparse. There was one section where there were really just a couple hairs hanging on. I’ve always had really thick hair and TONS of it, so I’d never worried about  hair loss before. But now, I PANICKED…and then immediately went into denial. I was only 39, and I had NO idea how very common hair loss in women actually is. And under NO certain terms was I prepared to deal with it!

Turns out, hair loss in women is totally a thing.

I was personally flabbergasted by my hair loss, and felt totally alone. However, that was a HUGE misconception. According to the American Hair Loss Association, 40% of hair loss sufferers are women. FORTY PERCENT! Hair loss in women is FAR from rare. We don’t know about it because we’re afraid to TALK about it. Because like so many things in life, hair loss in men is socially acceptable, and hair loss in women is NOT.

Fast-forward months later to December. I’d streaked past my 40th birthday in style, and a friend asked me to try a new shampoo and conditioner she was selling. Still in denial, I thought, “I don’t need this, I have good hair.” However, I had noticed I was shedding a LOT more than normal, and I DID check on my hairline an awful lot for someone who wasn’t worried about it. Sooo…I tried the product. I liked it a lot, but wasn’t blown away, until I’d been using it about three weeks and I noticed one day after my shower that there were NO hairs in my bathroom sink after I was done brushing. Before that, tons of my hair would come out as I brushed through it after a shower and my white sink would be strewn with thirty or forty hairs. Now, nothing. Flabbergasted, I leaned closer into the mirror and found my hairline was filling in; even better I had “baby bangs” – a few dozen short new hairs I began to having to work to hide. I was instantly SOLD. 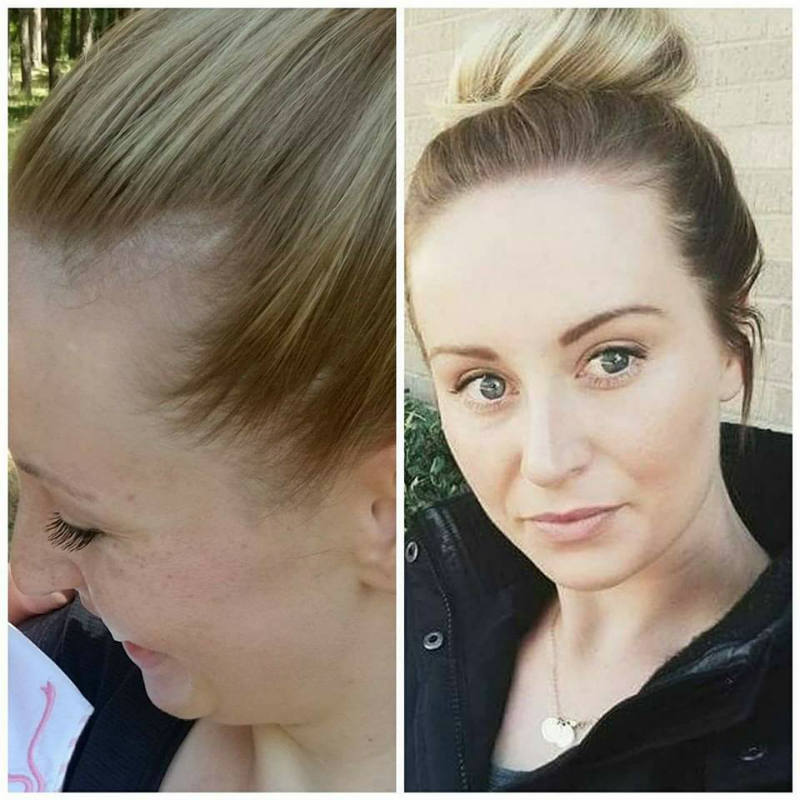 Since I’m a rather frugal being I wanted to make sure this was a PERMANENT solution, so I began doing a little research into hair loss in women just to make sure it was actually a thing AND that this product I was using wasn’t just SNAKE OIL – or my imagination. Turns out, it’s not – MONAT hair care, the product that started growing my hairline back in just about four weeks’ time, is the real deal. It’s plant-based shampoo, conditioner, treatment, and styling products that combine nature and science to pack a punch against hair loss in women AND in men. After poring through five or six dozen photos and testimonials of happy hair-full customers, I decided to buy into the company and become one of its Market Partners.

Once I started talking publicly about my own hair loss, TONS of people I know started coming out of the woodwork to tell me about theirs! I had felt alone  before, now I realized that tons of chicks in my community were also dealing with hair loss in women, and like me, were embarrassed to admit it. Now, I help other women and men who either have hair loss or other problems (thinning, breakage, heat and bleach damage) repair their hair from the inside out, and it’s pretty FANTASTIC!

What I love about MONAT is that it restored the hair I’d lost, kept me from losing more, and made my scalp and hair healthy and strong from the inside out – and all I have to do is wash my hair with it – no worries about missing doses, because it’s NOT like I’m gonna skip showering. Ahem.

If you’re a lovely lady who wants to say NOPE to hair loss in middle age, I highly recommend you give MONAT a try! You have NOTHING to lose…except bad hair days. To learn more, jump over to the Middle Chicks MONAT site.