I'm Not THAT Old, So Why Is My Hair Falling Out? - Middle Chicks

I’m Not THAT Old, So Why Is My Hair Falling Out? 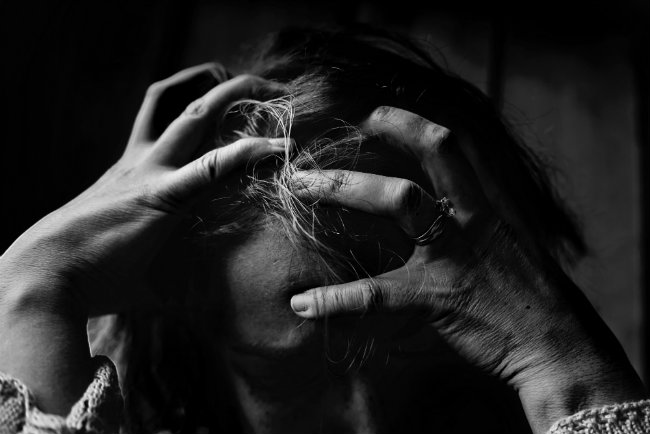 Recently my sister-in-law sidled up to me at one of my nephew’s basketball games and whispered in hushed tones. “Hey, did you bring that stuff? I really need it.”

No, we weren’t two middle-aged moms doing a covert drug deal at a high school basketball game, but we were two sisters dealing with a seriously embarrassing problem on the down low. At just 44, my sister-in-law was experiencing rapid hair loss, and I had some products I knew could help her. She is not a vain woman, but she was pretty freaked about losing so much hair so fast. “Why is my hair falling out?” She wondered. She didn’t have any obvious signs of a medical problem, but the truth is, for her and the many women in midlife losing hair faster than we’re gaining wrinkles, it’s not happening for NO reason – and there are several causes of hair loss in women.

Most of those reasons, however are medical. According to the American Hair Loss Association, “What all hair loss has in common, whether it’s in men or women, is that it is always a symptom of something else that’s gone wrong in your body. Your hair will remain on your head where it belongs if hormone imbalance, disease, or some other condition is not occurring.”

The AHLA says the common name for hair loss is “alopecia” – usually a word we attribute to a disease that causes extreme loss, but in reality the word by itself covers all causes of hair loss in women and men. The most common form is androgenic alopecia, which, the AHLA says, “can be caused by a variety of factors tied to the actions of hormones, including, ovarian cysts, the taking of high androgen index birth control pills, pregnancy, and menopause. Just like in men the hormone DHT appears to be at least partially to blame for the miniaturization of hair follicles in women suffering with female pattern baldness. Heredity plays a major factor in the disease.”

The key word there is HORMONES: don’t our hormones wreak havoc on EVERY area of our bodies, from head to toe? Yes. Yes they do. Arrgh.

Along those medical lines, poor nutrition will also make your hair fall out, too. Take your vitamins, my dears – especially vitamin D and Calcium!

Another one of the lesser-known causes of hair loss in women is the body’s reaction to a traumatic event. This can be giving birth, or a surgery, a car accident, or literally ANYTHING traumatic: but the hair loss usually occurs two to three months AFTER the trauma. Another forty-something friend of mine was held at knife-point by an intruder in her home; three months later, her hair started falling out in clumps. So the extreme hair loss can truly be caused by a variety of events. Here’s  another gem of a thing your body reacts to as traumatic, causing rapid hair loss: LOSING LARGE AMOUNTS OF WEIGHT. Like, seriously. If your new diet is going great, you might start losing a bunch of hair along with all that junk in your trunk. (Side note: does it not seem like women CANNOT win here?)

So, my midlife ladies, if you, like me and my sister-in-law are concerned about rapidly hair loss or extreme thinning – look to one of those reasons as the cause, and look to what I’ve found as a solution.The “stuff”  my sister wanted from me was MONAT shampoo and conditioner, a plant-based line I had started using when my hairline started receding. I hooked her up and now her hair fall has greatly reduced and she’s seeing lots of new growth. And as for me and my hairline, we are now very happily HAIRY again instead of thinning, after just a few months of use.

My bare hairline on the left, my filled in hairline after 5 months of MONAT on the right.

These plant-based products are the real deal; if you’re going to wash your hair anyway (and please say you’re going to), you might as well use something on it that’s going to heal your scalp and keep the hair ON your head, too…right? If you’re interested in seeing what it’s all about, you can head over to the Middle Chicks MONAT site.